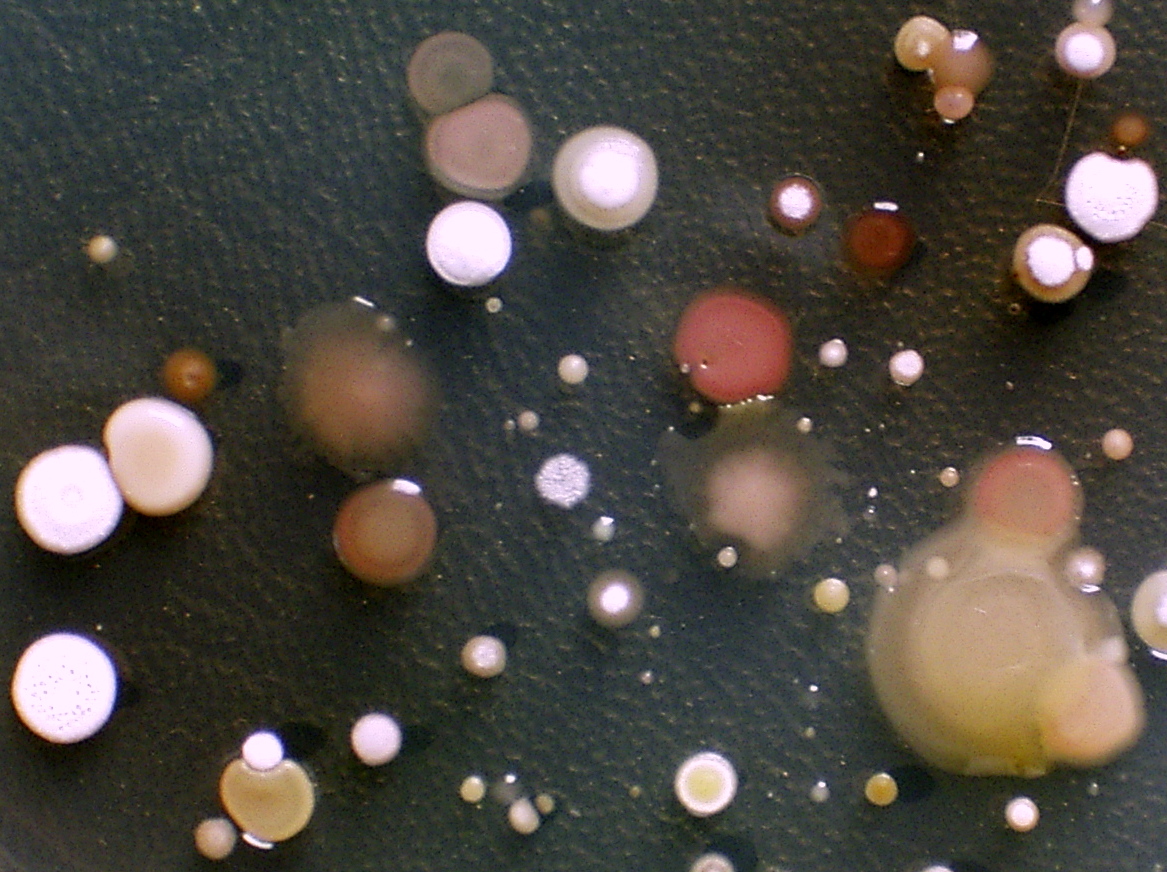 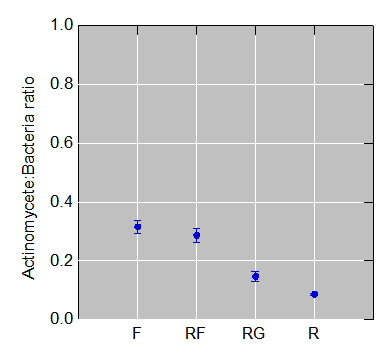 The actinomycete:bacteria ratio is not an absolute value for all forested soils or isolation media so appropriate reference sites and isolation media should be used for determining the effects of disturbance on soil microbial communities.

We can cost-effectively determine soil actinomycete:bacterial ratios as a simple primary bioindicator of the effects of disturbance on soil biological functions and their subsequent restoration during site rehabilitation.

Soil organic matter (SOM) stores and buffers nutrient concentrations, influences water storage in the soil, and is a major factor in determining soil structure. An organic matter cover on soil prevents soil erosion and water loss, buffers soil temperature and is a potential source of microorganisms for recolonizing soils.

The soil biomass is mainly of microbial origin and the size and composition of microbial communities in soils is primarily controlled by the quality, quantity, and distribution of organic matter.

Priming effects (PE) are the enhanced decomposition of existing SOM by fresh C inputs. The energy and nutrient potential of SOM can be unlocked through microbially­-driven PE, but to maximize the PE it is important to know a soil's microbial community composition so that appropriate fresh organic matter is added.

Download a fact sheet on the soil priming effect and how it can unlock the energy and nutrient potential of a soil’s organic matter.


Organic matter substrates that favour growth of specific groups of microorganisms can be valuable soil amendments to aid the restoration of essential microbes (such as actinomycetes and fungi) that are often missing from disturbed soils.

We can assist with selecting appropriate organic matter substrates and other soil amendments.

Soil microbial numbers and community activities are regulated by moisture availability through the timing and magnitude of rainfall. In general, bacteria require greater soil moisture for growth than fungi, so fungi compete more successfully at lower moisture levels. The majority of bacteria need water activity values > 0.98 for growth and few bacteria grow at < 0.90.

Water activity (Aw) is the best determinant of the water requirements of microorganisms and it can be described as the availability of water for reaction in the substrate. The relationship between soil moisture content and water activity can only be determined by generating a soil moisture characteristic or moisture release curve and it is unique to each soil due to its physical and chemical nature and organic matter content. This can lead to the paradox of soil bacterial communities, in particular, being water limited and non-functional at higher soil moisture levels in some soils than others.

A soil's moisture characteristic can be altered by changes in texture and/or organic matter level. For example, an improved soil with a greater clay content and increased organic matter can sustain microbial community activities at lower moistures than unimproved soils by maintaining higher water activity at low soil moistures. 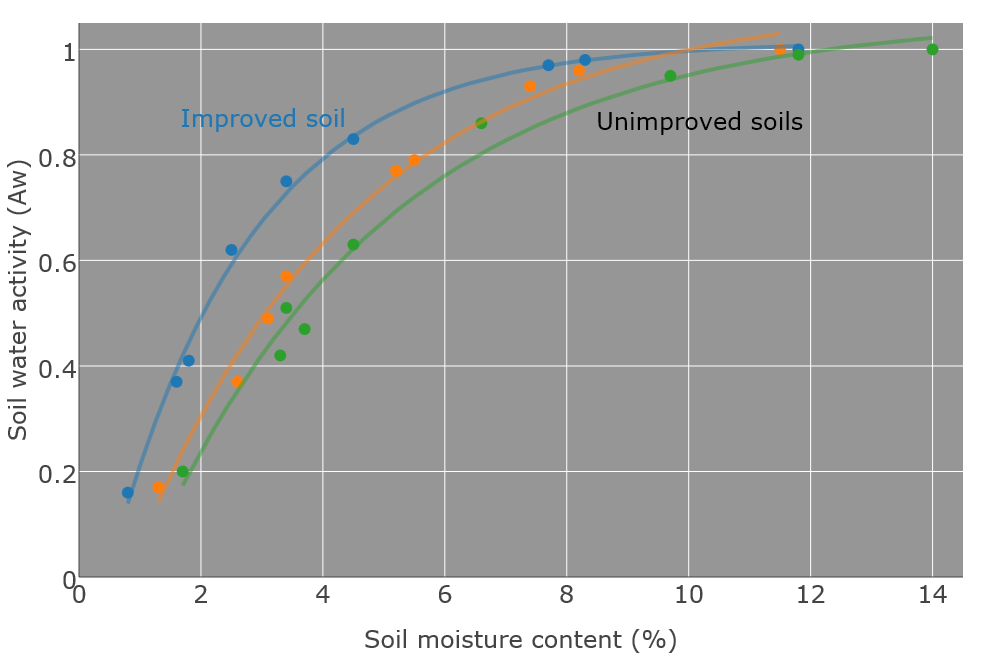 Download a fact sheet on the importance of soil water activity to microbial growth and activities.


We can determine the minimum soil moisture levels and water activities to maintain microbial community functionalities in your soils and provide guidance to improve soil water holding capacity.